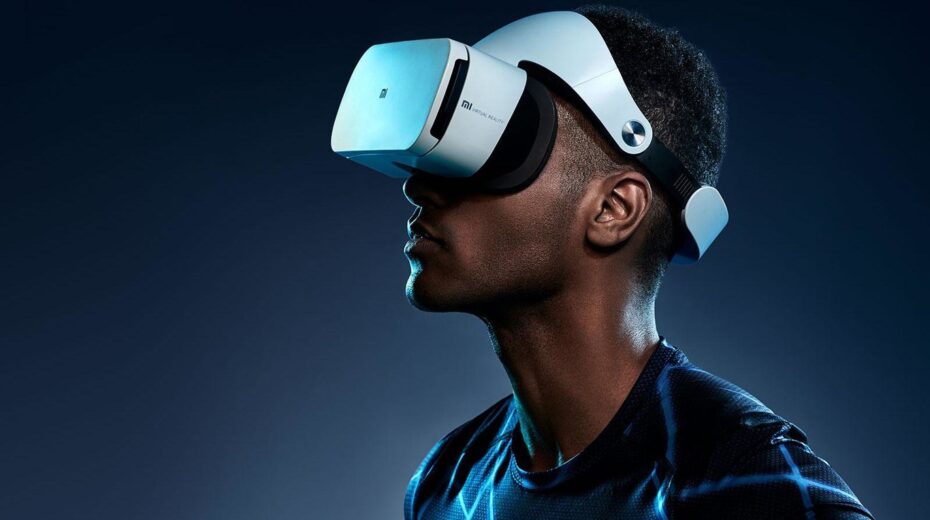 The metaverse is predicted to be worth up to $ 13 trillion by 2030, and the gold rush is on. Meta, Google, and Microsoft are pouring money and talent into creating virtual worlds in their own image. In South Africa, entrepreneurs are building an African metaverse, filmmakers and visual artists are using Immersive Technology (IT) to tell South African stories, and educators are designing virtual laboratories. They all have the same message: Africa must grab this future today, with both hands.

There’s a rapidly growing number of Immersive Technology producers in South Africa. They report that SA companies are more willing to experiment with Augmented Reality (AR) and Virtual Reality (VR) than European and US firms, but most of this work – primarily in marketing and training – replicates what’s being done in the northern hemisphere.

Where South Africa can stand out is in using IT to address African needs – and this is already happening.

Filmmaker Dylan Valley started with the technology and the story followed. His film Azibuye – The Occupation, selected for the 2020 Sundance festival, is the story of two homeless people’s illegal occupation of a long-vacant house in an upmarket Johannesburg suburb.

“I was curious about using Immersive Technology for documentary,” Valley says. “I’d met the couple occupying the house and realised it would be the perfect opportunity.” He pitched the idea to Electric South, a pan-African immersive media production studio that recognised the story’s potential.

“We took a 360° camera into the space and used AR immersion to put the viewer inside the house in a way we couldn’t really have done with normal format.

“It allows the audience to wander around the space, to feel they’re also trespassing, taking part in the occupation as they uncover the layers of history in the details of the house and how the occupiers have reclaimed and adapted it. We used that 360° immersion to explore the land issue and personal issues around it.”

It’s a good example of how this technology can allow visual artists and filmmakers to reshape the narrative. “There’s potential for unique ways of telling African stories,” Valley maintains. “It allows African filmmakers to take audiences somewhere they haven’t been and tell stories that haven’t been told.

“Film has a long history of objectifying and diminishing people – particularly Africans. This is a new film language being developed. If we get involved now, as Africans, we can be part of developing it. The value for filmmakers is huge.”

Jo’burg entrepreneur Mic Mann is building Africarare, a digital slice of Africa in the metaverse. Africarare is a 3D VR hub. It houses a virtual marketplace showcasing African art and provides a platform for businesses and artists to display their offerings. Mann says it’s still in a public alpha-testing stage, but there’s money moving there – some of that $40 billion has begun to flow.

Last year Africarare’s two virtual art galleries achieved initial success as a market for African art, selling R765 000 worth of NFTs by South African artist Norman Catherine. This year its first release of 149 “Ubuntuland” plots of virtual land sold out – for an undisclosed price – within eight minutes. Almost all the plots were bought by MTN, which is building a virtual village to host customer experiences. TV ‘personality’ and rapper Boity plans to sell 10 000 Boity Tribe avatars and build a Boity village in Ubuntuland to host virtual concerts.

Africarare is not the only African metaverse. There’s Astra, for example, an up-and-running fashion metaverse created by Thrill Digital in Nigeria. Users can attend VR events and shop with their avatars for real or virtual African fashion.

These early ventures are African-owned, African designed and coded, selling African goods and services. They are an opportunity for African business and art to become early adopters in the metaverse, and to participate as producers rather than consumers in this new economy.

“Africarare will connect Africa to the virtual economy and create jobs,” Mann says. “In five years, people and brands will make their livings there.”

It’s a quicker, cheaper way to a global market for businesses large and small. All that’s needed are a smartphone, broadband, data, and – for the moment – around R10 000 worth of headset. “For now, the initial engagement is mostly through mobile and laptop, but within ten years it’ll be all headsets,” Mann says. “And in the 2030s our neocortexes will be connected to the cloud.”

For the labour market, too, the metaverse can overcome geography and national boundaries, something which millions of migrants from Johannesburg to Paris have demonstrated – at great personal cost – is a priority for Africans. For those individuals and societies that can offer the required skills, the metaverse can become a market that won’t cost lives or fortunes to reach.

We’re going to need connectivity, headsets, and skills. We’d better get to work on all three.

In a room in western Jo’burg what looks like a crowd of gamers are steering themselves along intracellular metabolic pathways among man-sized organelles. They are students at the University of Johannesburg’s VARSTEME hub (Virtual and Augmented Reality STEM Education), which opened in 2021. “This simulation, used very effectively at the hub, presents a 3D perspective of the internal structure of a cell,” says Professor Umesh Ramnarain. “They can get inside a cell and navigate within it. It gives them an embodied experience – one of the core features of VR.”

One of the challenges of STEM education is that learners and students can’t visualise abstract concepts, especially in chemistry and biology, even if they have access to laboratories. In the virtual lab, students can use freely available apps to conduct experiments, collect data, and generate graphic results.

“With this technology they can have interactive experiences,” Prof Ramnarain says. “There’s research on this, and tests show that there’s definitely a significantly improved conceptual understanding.”

So far, so good. The expense of bricks-and-mortar laboratories, lab time, and even lab supplies severely constrain STEM education even at established universities around the world. Using VR bypasses those bottlenecks, a good example of its potential for leapfrogging stages of development. It’s encouraging that African universities are beginning to offer students virtual lab facilities on par with the world’s best-endowed universities. But that’s not the ultimate goal of the VARSTEME hub.

The students in the unit aren’t training to become chemists or engineers – they’re education students. “Our core business is teacher education,” says Ramnarain, who heads UJ’s Department of Science and Technology Education.

“One of the deficits in this country is that a very small percentage of schools have laboratories – and that’s not going to change anytime soon. Our ultimate goal is for the hub to be a model for other institutions, and to roll the technology out to schools.”

The university is working with government on a project to bring VR to schools and aims to replicate the benefits across the country and the continent.

One stumbling block is the cost of headsets. Oculus headsets are obviously out of reach for most schools.

VARSTEME has had a headset designed based on the Google Cardboard handheld viewing device. It’s been manufactured and they’re already using it in the hub. It sells for R180 and doesn’t provide the same level of immersion as an Oculus, but it works.  It’s a tool that can take the opportunities of immersive learning to African schools that have never seen a laboratory.

“It needs an impetus from government as well,” Ramnarain emphasises. “The next step is to roll this out to schools so we can demonstrate the concept, then funding will follow more easily. We’ve had encouraging discussions with the Gauteng Education Department.”

The scope and expense – and the urgency – of rolling out VR labs to schools is beyond the capacity of provincial education departments, and this shouldn’t be sent down the long, potholed road of directors-general and deputy ministers and ministers to languish on some dusty departmental shelf. It’s a good opportunity for some kind of private-public partnership.

Rwanda has had some success in this area, Ramnarain points out. “In 2019 they implemented a new curriculum with ICT supporting STEM education. Government established partnerships with companies like Microsoft and ClassVR, so ICT has stronger traction in Rwanda’s STEM education as a result.”

The curriculum and partnerships provided laptops, robotics programming, and VR demonstrations at up to 150 schools. The explicit aim was to equip school learners and the country for 4IR – which is exactly what Prof Ramnarain is trying to do in SA.

South Africans are working creatively with Immersive Technology to produce fresh narratives, new realities, and new tools. But if we want to extend IT’s opportunities to a significant number of our population, we’re going to need connectivity, headsets, and skills.

We’d better get to work. 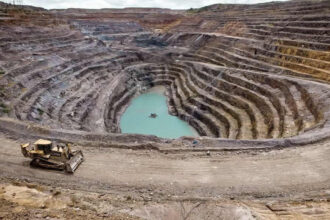 Mission critical: How Africa can profit from its mineral boom 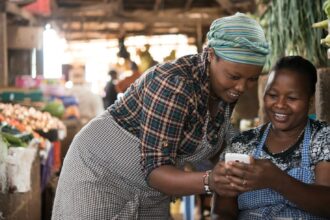