Cryptoeconomy: With Coinbase IPO, here are top 5 currencies to buy on the crypto platform 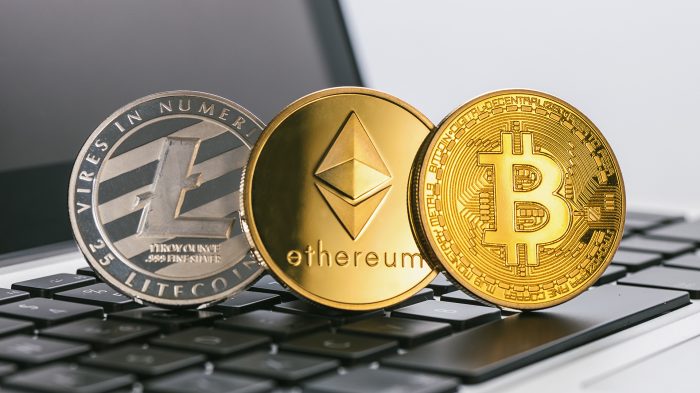 In fact, Coinbase is the first dedicated cryptocurrency startup to enter the US Stock exchange. The San-Francisco-based company is one of the most popular cryptocurrency trading apps and is listed under the symbol COIN.

Brian Armstrong, Co-founder, and CEO said, “Today’s listing is a milestone, but it’s not as important as every new day in front of us. Coinbase has an ambitious mission: to increase economic freedom in the world. Everyone deserves access to financial services that can help them build a better life for themselves and their families. We have a lot of hard work to do to make this a reality.”

What is a direct listing?

Notably, Coinbase went with a direct listing on the US Stock market, which is considered as an alternative to traditional IPO. According to Investopedia, direct listing creates no new shares, and only existing, outstanding shares are sold with no underwriters involved.

“The direct listing is more democratic,” said University of Florida Professor Jay Ritter, an expert on the process of companies going public. “Individuals aren’t being shut out of the opportunity to buy at the lower offer price.”

Founded by Brian Armstrong, and Fred Ehrsam in 2012, Coinbase is a digital currency wallet and platform where merchants and consumers can transact with new digital currencies like Bitcoin, Ethereum, and Litecoin.

In terms of revenue, the company takes a small cut from the cryptocurrencies traded on its platform. The fee usually varies from region to region and from currency to currency.

However, the company also warned its financial prospectus regarding its performance, which is closely tied with the price of cryptocurrencies, which are volatile.

According to Forbes, the company’s revenue topped $1.28 billion (approx £929 million), 86% of which came from those transaction fees, last year.

Last year, the company introduced Coinbase Card, a Visa debit card that allows crypto to be used for payments and purchases online and in-store as well as for ATM cash withdrawals.

At present, the company has approximately 56 million verified users, 7,000 institutions, and 115,000 ecosystem partners in over 100 countries. The company employs over 1700 people across the world.

This company has so far raised £408 million from various venture capital investors. According to New York Times, its largest shareholders include Andreessen Horowitz, Tiger Global, and Paradigm, a crypto-focused investment firm.

Since Bitcoin’s price sky-rocketed, there has been a sudden surge in several altcoins as well. If you are late in the Bitcoin race, worry not! There are thousands of alt coins you can get your hands on.

While many of you might be thinking to or have already put money in Coinbase, we at UKTN also took this opportunity to have listed the top 5 cryptocurrencies, besides Bitcoin, you can buy now in Coinbase. Here you go:

Ethereum, which launched in 2015, is the second-biggest cryptocurrency by market cap after Bitcoin. But unlike Bitcoin, it wasn’t created to be digital money.

It is also a decentralised computing platform that can run a wide variety of applications. As per Ethereum Foundation, “Ethereum can be used to codify, decentralise, secure and trade just about anything.”

Litecoin (LTC) is a peer-to-peer cryptocurrency that was set up by Charlie Lee (a former Google employee) in 2011. It was designed to be used for cheaper transactions and to be more efficient for everyday use.

Utilising blockchain technology, Litecoin can be used to transfer funds directly between individuals or businesses.

Cardano is a proof-of-stake blockchain platform, the first to be founded on peer-reviewed research. Cardano’s internal cryptocurrency is called ADA, which can be used for direct value transfer. Charles Hoskinson is also one of the co-founder of the popular altcoin, Ethereum.

Uniswap is a decentralised finance protocol that is used to exchange cryptocurrencies and tokens. The protocol facilitates automated transactions between cryptocurrency tokens on the Ethereum blockchain through the use of smart contracts.

Chainlink is an Ethereum token that powers the Chainlink decentralised oracle network. This network allows smart contracts on Ethereum to securely connect to external data sources, APIs, and payment systems. 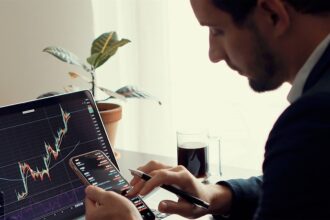 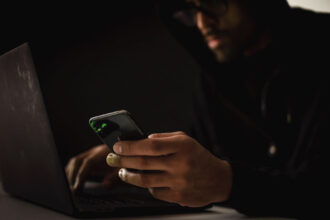