Mexican startup that wants to revolutionize the real estate market 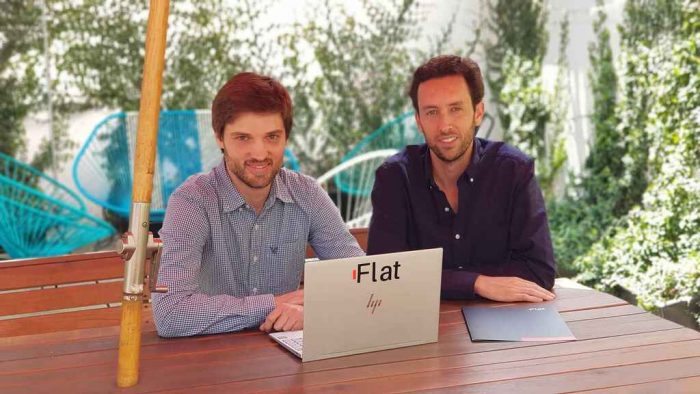 Mexico‘s real estate market is for the brave ones. The high prices and the size of the spaces make it difficult to market real estate in a simple way.

Selling an apartment in Latin America‘s second-largest economy can take an average of six months to two years due to the paperwork that must be done in the process.

This situation often discourages prospective sellers from advertising their properties on specialized internet sites or through traditional real estate agents.

Aiming to reduce the time to close contracts and post renovated properties with an innovative vision in the real estate market, Bernardo Cordero and Víctor Noguera founded Flat in 2019, a startup dedicated to home buying and selling.

“We are working to take the fear out of such a complicated transaction and mean it in terms that we can all process. I like to think that we are returning some trust to the real estate transaction and this opens the panorama for many people who want to buy their first property,” says Bernardo Cordero, co-founder of Flat.mx.

In Mexico City, considered the financial heart of the country and where competition in the sector is aggressive, the duo has raised the stakes by offering an innovative business model.

In this model, the main differential is that Flat purchases the apartments itself, and then the properties are evaluated, renovated with modern designs, and finally put up for sale to potential buyers.

Another element in favor is that those who sell a property to Flat receive an offer within 10 days, and not months (or even years) as in the case of negotiating with a real estate agency.

For the entrepreneurial duo, the success of the business lies in the fact that it is based on the PropTech structure (a jargon coined in 2014 in the UK). This is how startups that apply technology tools to the real estate sector are known, which facilitates the search for a property, the paperwork, the purchase or sale of the property, and the financing for the acquisition. All this within the reach of a click.

Flat currently works only with apartments, but in the short term will begin to operate also with houses. The reason why they started only with “depas” (as they say colloquially in Mexico, where apartments are called departments) is that this segment allowed them to target business in a specific way and to obtain the necessary data for property valuation.

“We hope to be ready for this step in a few months, because every time we leave Mexico City we notice that there are fewer apartments and more houses, so it’s just a matter of time. It’s a natural step,” explains the Mexican entrepreneur.

Flat’s main operation is in Mexico City, where property prices range from 1 million to 6 million Mexican pesos. It is also present in Estado de México.

The projection is to expand operations to a few more regions of the country by the end of this year, but, at least for now, Bernardo prefers not to give more details about where Flat will land.

Despite the effects of the pandemic worldwide, the first quarter of 2021 was the most active in the global PropTech market since investment bank GCA began tracking movements in 2017.

In the US, equity investments and debt growth totaled $4.5 billion, which accounted for more than 60% of total capital invested in 2020.

The PropTech market in Latin America is very attractive for venture capital. A Pitchbook report shows that from 2018 to 2020 the number of VC investments in PropTech companies in the region grew by 54%.

At the end of last year, 43 Latin American startups raised $571 million. Thus, the PropTech sector has become the fourth most attractive industry in Latin America, after fintech, e-commerce, and super apps, according to a report by the Latin American Private Equity and Venture Capital Association (LAVCA).

“Mexico is being attractive for investments in technology, startups, and e-commerce. I see many entrepreneurs focused on digital issues and this will help the economy rebound in a faster pace,” says Juan Flores, director of Newmark‘s market research division.

Starting with a solid foundation

In the months leading up to the start-up, Bernardo and Victor heard comments with a negative bias, because for most people real estate is an attractive segment, but very traditional and with few changes through technology.

However, it didn’t discourage the entrepreneurs, much to the contrary, because it made them see the potential that exists in a niche that survives time and crises. “It was a sector we wanted to be in and we saw a problem to be solved, that’s why we were so interested,” says Bernardo.

Now, with the numbers in his hands, the entrepreneur tells that, despite everything and the pandemic, Flat has registered a quarterly growth of more than 70%.

Even before the pandemic, the construction and housing sectors in Mexico were in a period of depression, which was worsened with COVID-19. At the beginning of the health crisis, analysts at BBVA Research estimated that there would be a 19% drop in the sector’s Gross Domestic Product (GDP), but the official result was a 17.2% shrank.

Unlike the Mexican market, Brazil experienced a real estate boom as a result of several factors, among them the all-time lowest interest rate benchmark in the country and the change in habits with remote working.

The cut in the so-called Selic interest rate from 4.5% to 2% last year made mortgages much cheaper, allowing thousands of Brazilians to buy a home amid the crisis.

A report by CEIC Data shows that in September 2020 alone, a total of 13,438 properties were sold in Latin America‘s largest economy, the best monthly sales performance in Brazil since 2014.

“The pandemic hit developed economies more than emerging ones because they were not prepared. But I believe that we will come out of this situation quickly because the real estate sector has learned to adapt and the worst is over, now it will only go up,” says Juan Flores of Newmark.

While Cordero and Noguera focus on the administrative part, the creative job is in charge of a team of architects, whose objective is to maintain the same design and quality vision in all the properties they sell.

All the construction work is also supported by a network of contractors who bid for the project. In this way, Flat continued to generate jobs at a time when the sector was paralyzed due to the COVID-19 restrictions. The team of direct employees is composed of 60 people, plus at least 100 external employees, says Bernardo.

Since Flat is digital native, the partners took advantage of the digital boom to boost their business model, and, fortunately, customers adapted quickly.

However, along the way, Cordero and Noguera faced several problems, such as working in a market with little information about property prices, transactionality, and everything they needed to obtain to take the risk of purchasing the properties.

Flat’s website offers more than 300 apartments, among those that the company acquired and renovated and those that third parties started to offer through the platform under the entrepreneurs’ certification.

Next year, their bet is to add five to 10 cities in the country and continue to take Flat to more places depending on demand.

At 39, Cordero is considered one of the pioneers in the entrepreneurial ecosystem due to his previous experience as an investor in startups, co-founder of Linio and AMVO, Mexico‘s e-commerce association.

Although he is a seasoned veteran of the tech world, Bernardo is not afraid to admit that they still have many obstacles ahead of them, but he is confident in the future.

“We try to be efficient because we want more people to be able to buy a property and we keep working to have more and more offers on the platform. Our focus is on the benefits we want to give our customers and if that leads us to gain some recognition later on, it is welcome.” 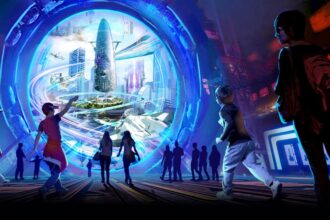